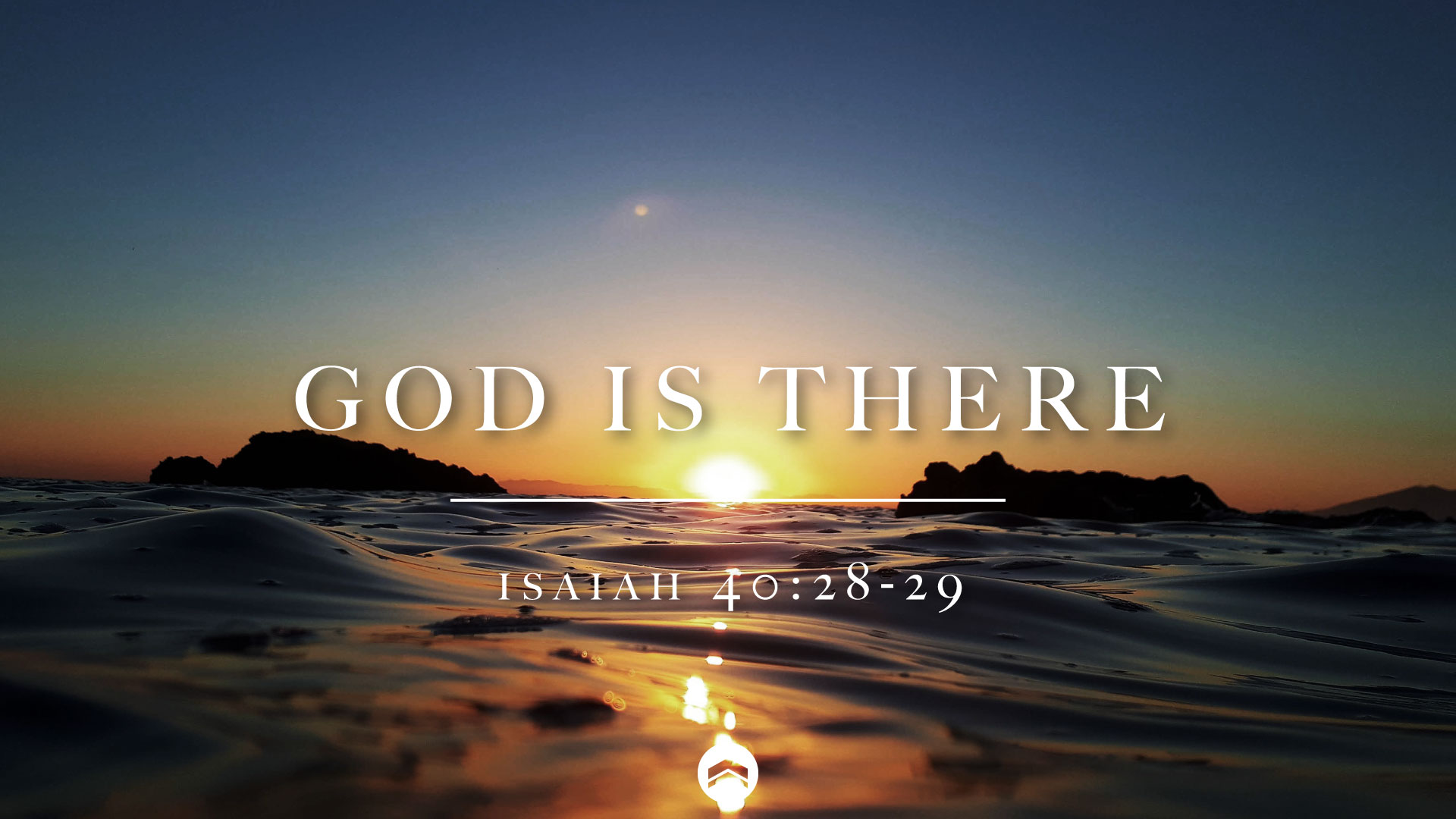 “Have you not known? Have you not heard? The LORD is the everlasting God, the Creator of the ends of the earth. He does not faint or grow weary; his understanding is unsearchable. 29 He gives power to the faint, and to him who has no might he increases strength.”  Isaiah 40:28-29

There are times when it’s tempting to wonder if God cares about what is happening in our lives. We faithlessly wonder if he either doesn’t see it or just doesn’t care about us. These are the kinds of questions Israel was asking God in the midst of their struggles as they faced God’s judgment for their continual rebellion against him. Isaiah spends a lot of time declaring the coming wrath of the Lord against his people, but he also speaks of the grace and mercy that will follow. So, Isaiah is saying to God’s people, I know you may feel hopeless, but you have every reason to hope in God, regardless of how you feel. That’s the context of our passage for this week.

Just before verse 28, Isaiah challenges Israel’s questioning of God’s faithfulness, “Why do you say, O Jacob, and speak, O Israel, ‘My way is hidden from the Lord, and my right is disregarded by my God’?”Isaiah’s response to that question is verses 28-29. He points them to God’s character and his nature. He reminds them that they have no reason to question God’s sovereignty or his faithfulness. That’s what he means when he asks, “Have you not known?” He is essentially asking them if they have forgotten who God is.

He reminds them that God has existed for all time, without beginning and without end. He is the creator of the ends of the earth. It all belongs to him. He never sleeps or even grows weary. He is at full strength and full capacity every moment of every day. Furthermore, his understanding is unsearchable. So, when Israel claims that their way is hidden from the Lord, Isaiah is reminding them just how foolish that is. There is nothing hidden from him. He understands and knows all things. When Isaiah says that God’s knowledge is unsearchable, he doesn’t mean that it can’t be explored, but that the bottom of it will never be discovered. There is no end to the depths of his understanding. So, no, Israel, your way is not hidden from the Lord.

Then, in verse 29 Isaiah reminds us that God is not only the sovereign, inexhaustible, creator of all things whose knowledge has no end, he is also giving and compassionate. He doesn’t use his strength only to crush others. Instead, he gives power to the faint. And to those who have no might he increases their strength. He shares his strength with his people. So, our right is not disregarded by God. He is willing to bend down and give to his children and provide for their needs. But, as we will see next week, such grace requires patience from us. There are times when we must wait on the Lord in the midst of our hardship. And, in those moments, we must remember that he sees us and cares about us, even it feels like he doesn’t. We can know that he is working for our good, that he sees us, and he will strengthen us.